A short circuit is an electrical fault where a conductive path (usually of low impedance) is formed between two or more conductive parts of an electrical system (e.g. phase-phase, phase-earth, phase-neutral, etc). This article looks at the nature of short circuits and tries to break down and explain the constituent parts of fault currents. Note that the terms "short circuit" and "fault" are often used interchangeably.

In most networks, a short circuit is similar to the closing transient of an RL circuit, where the R and L components are the impedances of the source(s). The transient characteristics of short circuit currents vary depending on whether they are near or far from synchronous generators. The sections below describe the two general types of short circuits:

is the generator direct-axis transient reactance (

is the generator synchronous reactance (

is the aperiodic time constant (s) 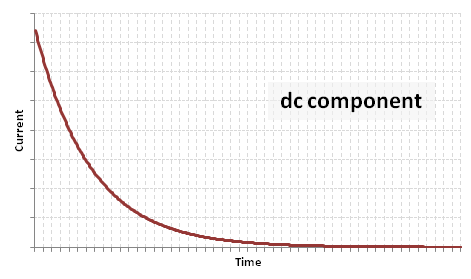 And a series of three damped sinusoidal waveforms corresponding to the following distinct stages: 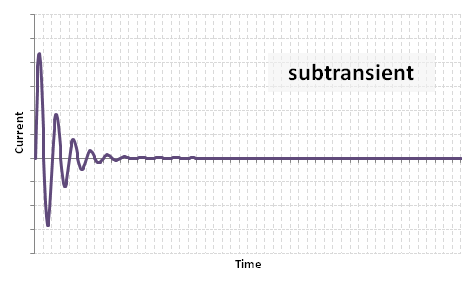 This period typically lasts 10 to 20ms from the start of the fault. The subtransient reactance is due to the flux casued by the stator currents crossing the air gap and reaching the rotor surface or amortisseur / damper windings. 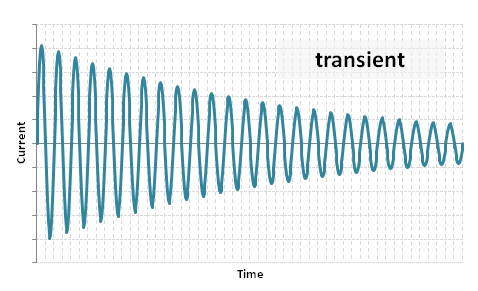 The steady-state occurs after the transient period when all the damping currents in the field windings have decayed, and essentially remains until the fault is cleared. 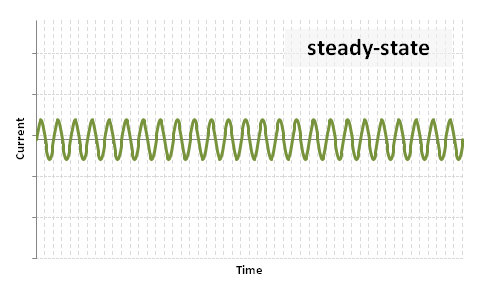 Putting these all together, we get the familiar near-to-generator short circuit waveform: 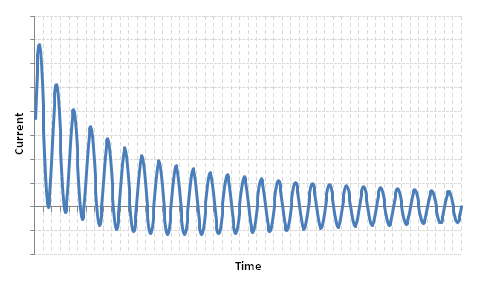 In short circuits occurring far from synchronous generators, we can ignore the effects of the generator subtransient behaviour. It can be shown through transient circuit analysis that the maximum far-from-generator short circuit is as follows:

is the rms voltage of the circuit (V)

is the fault impedance (

is the R/X ratio at the point of fault (pu)

We can see that there are two components: 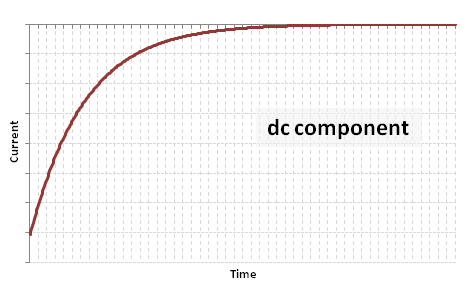 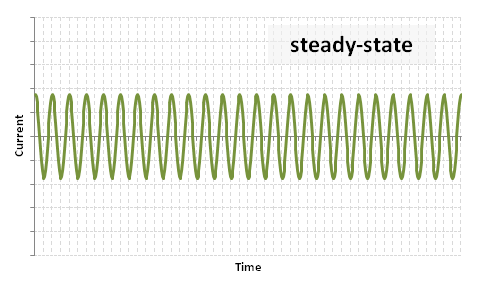 Putting these together, we get the total far-from-generator fault current: 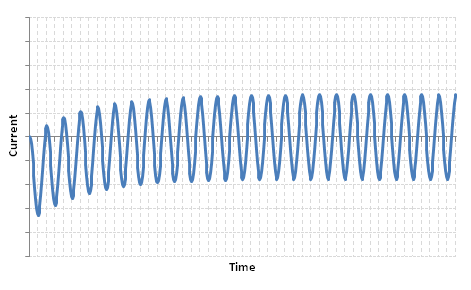 During the transient period, the peak transient current is typically 1.5 to 2.5 times higher than the peak steady state current.